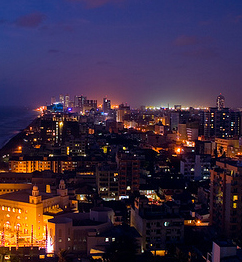 Enjoy excursions to some of Sri Lanka’s cherished destinations. We arrange exciting tour packages, all to a customized itinerary just the way you want it.

Explore to your heart’s content…take back cherished memories

The Villa offers organized tours to places of interest, along with Airport pickup and drops.

Colombo City Tour - Colombo has on offer many exciting forms of shopping. From the traditional bazaar to modern shopping malls and specialty stores, shopping in Colombo is a unique experience! There are also many places of interest such as the National Museum, the Court yard, Gangarama Seemamalakaya, Independence Square, Wolvendaal Church and many more to explore.

Boat Ride on Hamilton Canal – Modern boats equipped with safety gear promises an exhilarating three hour boat ride all the way from the Muthurajawela wetlands right up to the sacred Kelaniya temple.  Speed past crowded towns and busy streets, explore the dense mangroves and have splendid views of ancient temples and churches. Visit the sacred Kelaniya temple and observe the grand architecture and murals of a bygone era.

The story behind the Hamilton canal speaks about King Vira Parakramabahu VIII in the 15th Century who initiated the canal project so as to facilitate the transport of goods to the Negombo lagoon, which served as a main sea port. However it was completed during the early British period in 1802, with the inclusion of a new canal to the East of the earlier Dutch canal, by British Revenue and Commerce Agent Garvin Hamilton (now named Hamilton Canal)

Negombo Tour - Negombo is a quaint fishing village situated on the shores of the Negombo lagoon. Here you can visit the busy Negombo fish market called the ‘Llelema’ and watch the boats returning with their catch of fresh fish, crabs, lobster, prawns and squid. You can also spend a day in the beautiful Negombo beach where you have the option of indulging in water sports such as diving, snorkeling, waterskiing, kite surfing and wakeboarding or just swimming to your heart’s content.

Muthurajawela sanctuary – The Muthurajawela marshes situated towards the southern part of Negombo is a unique wetland habitat that extends over 6,000 acres. It is home to a vast species of flora and fauna, numbering close to 49 species of migratory birds and 85 species indigenous to the country. At Muthurajawela you can enjoy the mangroves & marshy ecosystems, bird watch, experience the different species of trees, aquatic plants, species of fish and some rare animals too.

Pinnawala Elephant Orphanage – An orphanage and captive breeding center that houses the largest herd of captive elephants in the world. On this 25 acre coconut plantation you can observe the baby elephant being bottle fed, their care and daily routines as well as  the herds bathing and playing in the river close by.

Kalpitiya – boasts of one of the most beautiful beaches and intriguing marine marvels such as the Whales, Dolphins and the unique Dugong. There's a plethora of things to see and do here! However the biggest attraction at Kalpitiya is Whale & Dolphin watching; there’s plenty of opportunity to see playful dolphins or spot the Sperm Whales and the more exclusive Blue Whales as they swim past majestically. For keen aqua buffs there’s plenty of scuba diving and snorkeling, at the ‘Bar reef’ which is home to a diversity of endemic fish, manta rays and even turtle